Brad Glass, the family business led by Marian Brad, began its journey in 2002. In Galati, the seventh largest city in Romania, it began distributing glass in the southeast of the country.

During the first decade, its activity focused mainly on the processing of insulation glass. Today, in addition to double glazing, it also processes monolithic glass and laminated glass for window manufacturers, façade designers and interior designers who place their trust in the Romanian company.

Hattrick Office Building, in the city of Sibiu, the Olympic Complex in Braila or the City Hall in Galati are the most important exterior and interior projects in which Brad Glass has adapted its solutions.

Four years ago, the increase in their orders shot up. Achieving maximum efficiency and precision in each of the production processes, without neglecting the speed of delivery, became an absolute priority for the Romanian company.

To adapt to change and improve productivity, Brad Glass decided to make a firm commitment to more advanced technology. Technology that would allow it to be at the forefront of its sector and offer highly competitive products to its customers.

After looking for a high-performance machine to cut glass and assessing the providers that were available to them, Marian Brad came to the conclusion that “the high speed and precision of the Turomas RUBI 516 cutting table is particularly noteworthy.”

Meeting and, above all, exceeding the expectations of the buyer is always challenging. “This machine allows us to respond quickly to the needs of our customers and brings us a significant increase in productivity”, argues the Director of Brad Glass.

In addition, the integration of this intelligent machine in its factory has caused them to evolve and stand out from the competition, given that they are the only company in the country that process in a different way.

“We believe that a highly capable team achieves optimal productivity with cutting-edge equipment. And we firmly believe that success is achieved through great courage and innovation,” says Marian Brad

The innovation does not end there

“Now, we are in the final phase of implementing the second large-scale investment in high performance equipment. We have completed the installation of a rapid cutting line together with an advanced storage and glass management system.”

Marian is referring to the continuing investment in new technological solutions with the purchase of a model LA-06 automatic loader and a model SC-06 sorter. The loader manages the storage and transport of glass, it is capable of handling up to four cutting tables and can be turned into a fixed or mobile trestle with different sheet sizes at the same time.

What does the Turomas RUBI 516 cutting table do differently?

The Turomas RUBI 516 C table is built to work as part of an automatic cutting line. Its magnetic linear motor technology guarantees an unprecedented performance and quality in any cut.

The Teruel brand were the first to introduce this system in cutting machines, making it a benchmark. Thanks to this development, the rack-pinion mechanism is no longer necessary, the machine is simplified, the speed, acceleration and precision of movement are increased, and the noise and maintenance are reduced.

Machinery in the installation 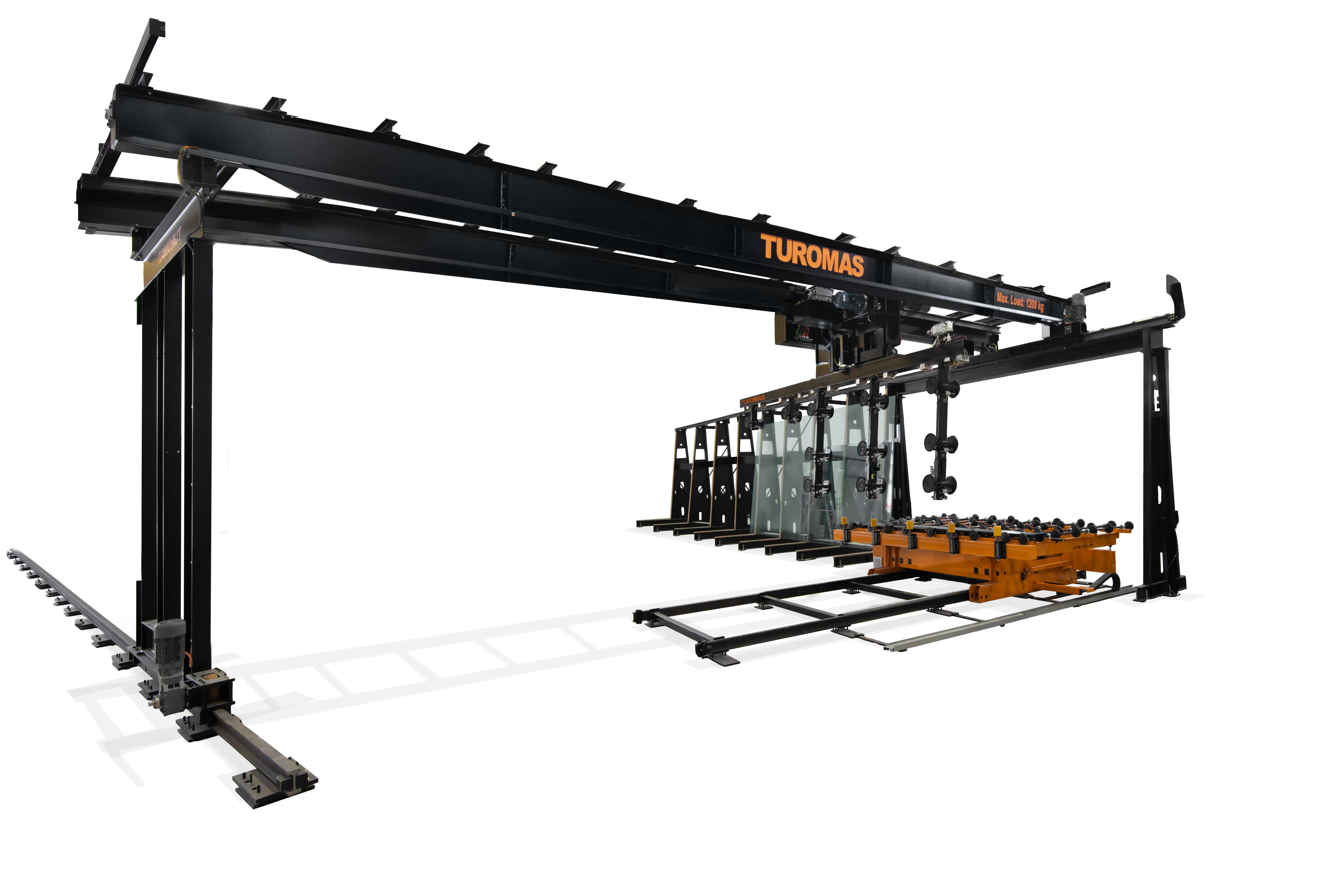 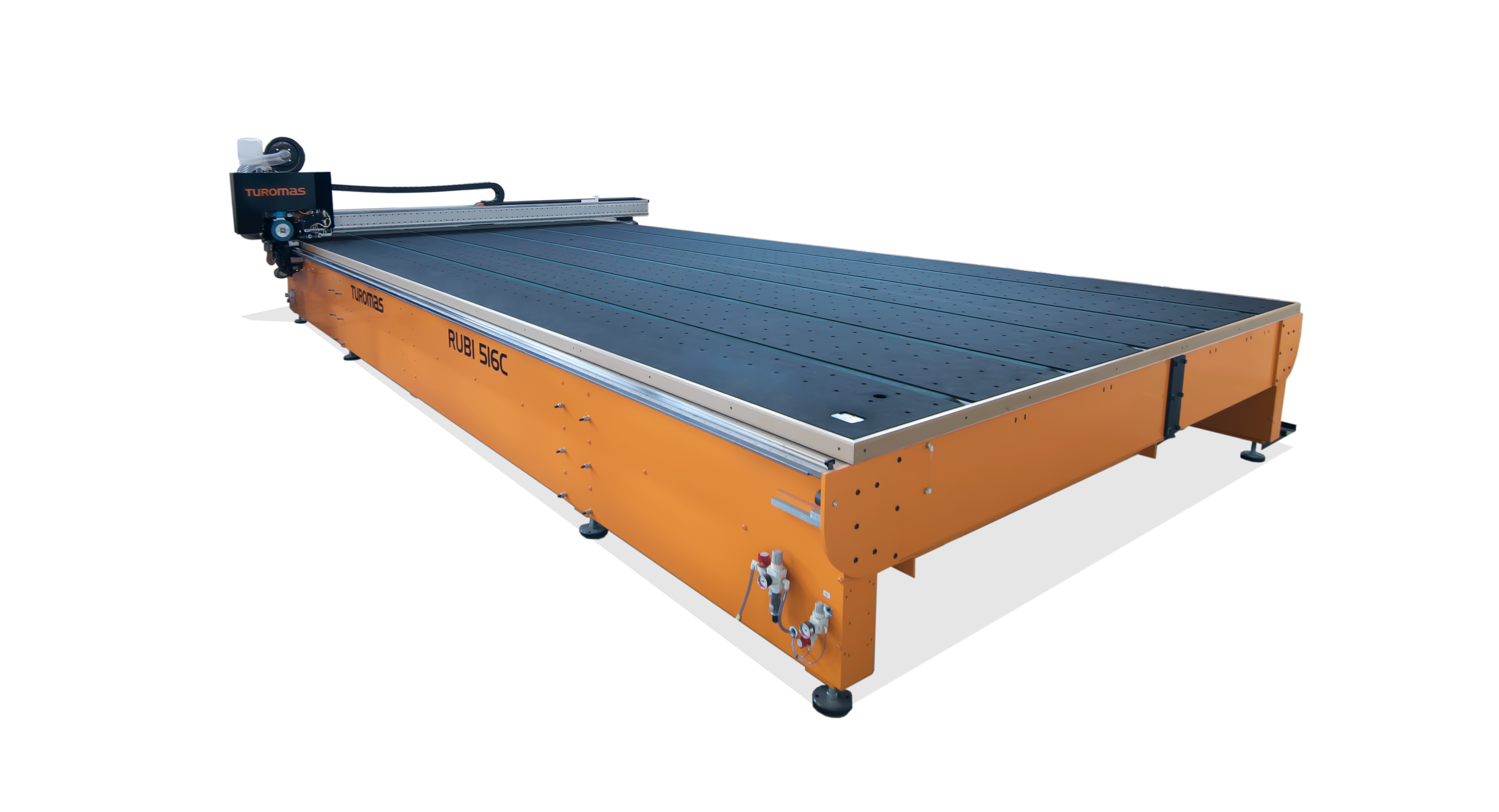 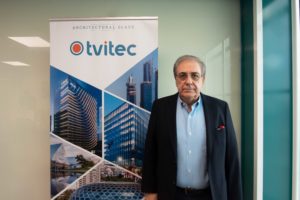 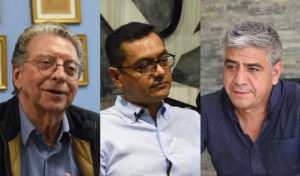 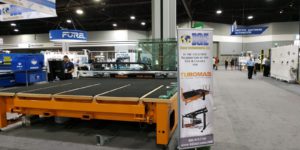 I would like to receive the latest news from Turomas